For many musicians, collecting societies such as GEMA (Germany), SUISA (Switzerland) and AKM (Austria) take all legal steps to protect the copyright of their works. However, collecting societies such as GEMA, AKM and SUISA only represent the copyrights of their members. However, musicians do not have to be members of these organisations. They can also grant the licence for their works themselves and charge a licence fee for this themselves. The music is then described as licence- or SUISA-, AKM- or GEMA-free. In this sense, royalty-free music can be obtained from streaming services such as MUSIC2BIZ. Such subscriptions have the advantage that subscribers can significantly reduce their music costs through fee savings. 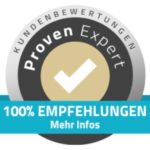